Ten teams entered the Suncook tournament on October 5, with a total of 32 fish caught. One lunker weighed in at a massive 8.20 lb largemouth by the team of Brad Dehraai and Jeff More.

Alex Murray and John DiStefano with their five fish bag on Suncook Lake 2014. 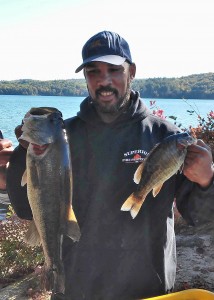 Jeff Moore showing his 8.20 lb largemouth he caught on Suncook 2014 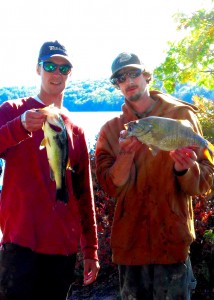